Louisiana law includes a presumption that parents desire to treat their children equally. However, sometimes a parent gives a financial gift to one child but not to other children. If this happens within three years of the parent’s death and there is no collation waiver in the parent’s will, the other children who are forced heirs may receive money from the estate during succession to make up for the financial gift they did not receive during their parent’s lifetime. 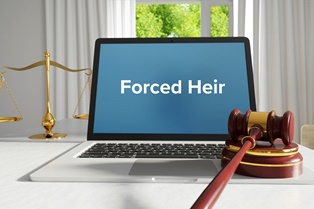 During the 1990s, Louisiana’s collation law changed, but it was not eliminated. Today, collation law applies to children who qualify as forced heirs. Forced heirs are either:

If a forced heir qualifies for potential collation, the next step is to look at the parent’s will, which could contain a collation clause stating that lifetime gifts are exempt from collation. The existence of this clause may prevent qualified forced heirs from making a successful collation claim.

However, if the child qualifies as a forced heir, the gift to the sibling was made within three years of the parent’s death, and there is no collation clause in the parent’s will, the succession property may need to be divided in a way that makes up for the lifetime gift given to one or some of the children, but not all of the children.

Do You Need Help With a Collation Issue?