Parents Can Disinherit a Child in Louisiana Under These Circumstances 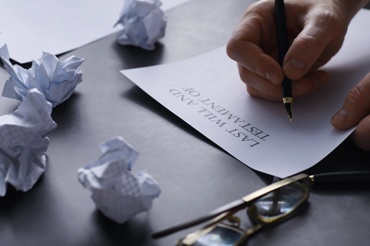 Many inheritance and succession laws in Louisiana are unique. For example, Louisiana is the only state in the nation that prevents parents from disinheriting children in certain circumstances.

Forced heirship is the legal requirement that a portion of a person's estate must be left to his or her children. Before the law was changed in the 1990s, every child was a forced heir in Louisiana. Now, only children under the age of 24 or children of any age who are mentally or physically incapacitated and incapable of caring for themselves are forced heirs.

When a Child May Be Disinherited

Parents are not required by law to leave anything in a will to children who are not forced heirs. However, if the child does qualify as a forced heir, a parent may only disinherit them for a reason allowed explicitly in the Louisiana statute. These reasons include that the child:

The parent must expressly and specifically disinherit the child. The child must be identified, the reason for the disinheritance must be given, and both must be done in the same way a legal will would be made.

Additionally, a child who was too young to understand or who did not have the mental capacity to understand the impropriety of their behavior may not be disinherited.

Where You Illegally Disinherited?

If you believe you qualify as a forced heir and that your parent unjustly disinherited you, let our experienced succession lawyers review the issue for you. Contact our Louisiana succession attorneys today to schedule an initial consultation.