Understanding What Constitutes an Unworthy Heir

Louisiana succession heirs are defined in state law. Your loved one’s will or the Louisiana intestacy laws will identify who should inherit property. 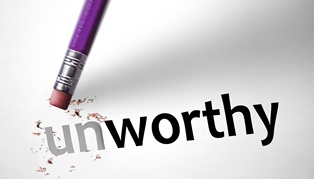 An unworthy heir is one who has intentionally killed or tried to kill the person whose succession is before the court (the decedent). There are two ways that an heir can be named unworthy. Specifically, an heir is unworthy if:

How to Declare an Heir Unworthy

An unworthy heir is not going to ask the court to deem him unworthy. It would go against his financial interests. Additionally, the court is not going to review all potential heirs as a matter of course to determine if any of them may be unworthy. That would be time-consuming, costly, and often unnecessary.

What Happens After an Heir Is Declared Unworthy

There are significant legal consequences that occur after an heir is deemed unworthy. An unworthy heir:

Additionally, there could be legal consequences if the unworthy heir sold or gifted any of the decedent’s property to someone else.

Make Sure Your Rights Are Protected

Whether you are at risk of being declared an unworthy heir or you think there is an heir who should be deemed unworthy, you need legal help. An experienced Louisiana succession lawyer can advise you of your rights, so you can make an informed decision about what actions to take next.

Every year, Scott | Vicknair Law helps hundreds of families throughout Louisiana with succession issues. We know how to identify potential problems and handle complicated successions. Let us help you through this difficult time. Please contact us at your earliest convenience to learn more. We can be reached by phone or our online contact form.