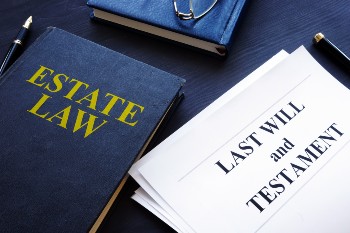 No matter how well-documented a person’s wishes are for the distribution of their assets upon their death, the estate will still have to go through the succession process before some of the assets can be passed on to heirs. In Louisiana, succession is the process of formally transferring the ownership of assets and re-titling property in the name of the heir. Without succession, the assets would remain in the deceased person’s name, and heirs would not have access to them.

What Assets Don’t Have to Pass Through Succession?

Certain types of assets will pass directly to an heir without having to go through court. These include the following:

To initiate these kinds of transfers, a death certificate and a beneficiary claim form will have to be presented to the institution, but this process will be separate from the settlement of the rest of the estate.

What Happens During the Succession Process to Transfer Assets?

When someone dies, with or without a Last Will & Testament, the only person who has access to his or her assets is the court-appointed executor of the estate. The executor’s job is to open a succession and file the required documents to complete the process. The succession will clear the way for the transfer of assets by:

The succession process also allows creditors of the estate to collect on outstanding debts. Before assets are transferred, estate debts will have to be paid. While the estate is responsible for its debts, heirs are not. In other words, if an heir has been left $50,000, but the estate owes a creditor $75,000, the inheritance will go to pay the debt, but the heir will not have to pay the additional $25,000.

What If There Is No Testament?

If the decedent did not have a testament, his or her property and assets will be distributed according to state law, but the succession process will proceed in a similar manner to an estate with a testament. The court will appoint an estate administrator, and the state will determine who inherits which assets. The estate will proceed through the succession process before the assets can be transferred.

What Can Go Wrong With the Transfer of Assets?

Any number of things can go wrong during the succession process that can affect how property and assets are transferred. If a real estate or vehicle title cannot be cleared, it cannot be re-titled in the name of the heir. If an occupant refuses to leave a house that is supposed to be sold so that the proceeds can be shared among several heirs, he or she may have to be evicted by court order. A dispute among family members over who should get what—particularly if there is no testament—could require litigation to resolve.

When you work with an experienced Louisiana succession attorney, you can make sure your interests are protected during the process. Whatever conflicts or disputes arise can be promptly addressed to minimize disruption.

Turn to Scott | Vicknair Law When You Need a Succession Attorney

If you are concerned about the transfer of assets after a loved one has passed away, let our experience work for you. Contact us to get started today.