When Edwin Edwards passed away last summer, he left behind an enduring legacy that some might say supersedes his politics. Edwards, who served a record-breaking 16 years as Louisiana governor, was no stranger to controversy. In office, he enraged his political rivals, who accused him of taking illegal campaign contributions and having connections to organized crime. After he retired from politics, Edwards strove to stay in the spotlight, headlining a reality television show that highlighted his unusual family life, estranged relatives, and much younger wife. 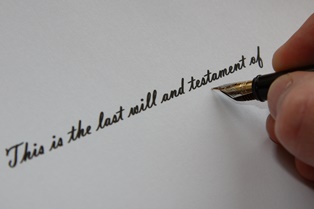 Even in death, the late governor has continued to capture the public’s attention. Earlier this year, reports emerged that Edwards left his entire estate to his eight-year-old son. However, in spite of Edwards’ simple will, his estate remains embroiled in conflict.

The Perils of an Unprotected Estate

Governor Edwards was never a man known to spare words. In spite of his reputation as a verbose and strong-headed orator, Edwards’ handwritten will was scarcely 150 words long. In four paragraphs, the document is unambiguous, asserting that the entirety of his estate should be left to his eight-year-old son, Eli Wallace Edwards.

“I hope my other children realize that I do not love Eli more, or them less, but realize what I leave him is less than each received in money, property, homes and education,” Edwards wrote.

However, not even Edwards, who graduated law school at 21, could spare his family from one last legal scandal: less than a half-year after Edwards’ death, another of his children challenged the estate.

Louisiana has long had stringent laws on inheritance. Before the 1990s, any child born to a Louisiana resident could be considered a “forced heir,” entitled to one-quarter of a deceased parent’s estate.

While that law was reformed in the 1990s, there are still special circumstances in which an individual might claim an inheritance to which they are not otherwise entitled.

To qualify for this exception, the prospective heir must be either:

Although Victoria Edwards is nearly 70 years old, she has been diagnosed with bipolar disorder. She now claims that, because she has bipolar disorder, she lacks the means the provide for herself financially—making her a forced heir under state law and, potentially, entitled to a quarter of her father’s estate.

Disinheriting a Child in Louisiana

Most states allow parents to make a conscious, considered decision in leaving a legacy—even if it means depriving a child of an inheritance. However, Louisiana law protects forced heirs. Under the state Civil Code, a parent can only disinherit a forced heir if they meet one of several conditions. For example, a child might be disinherited if they:

In order for a parent to successfully disinherit a forced heir, they must specify their reason for disinheritance and ensure that it falls under one of the state’s permitted exemptions.

So far, Victoria is the only one of Edwin Edwards’ five children who has challenged the terms of their late father’s will. While nobody knows how the presiding probate and succession judge will rule, her claims may be decided by the competence and skill of their respective legal counsel.

Because probate litigation can be tough, it’s possible that the judge will consider the following:

For all his achievements, Governor Edwards seems to have made a simple mistake: he designed his own estate plan instead of consulting a professional. Perhaps the governor, himself a lawyer, thought he could preclude a probate contest. Or maybe, he did not think his relatives would challenge what he intended to be his lasting legacy.

Either way, the family’s latest legal dispute could likely have been avoided if Edwin Edwards had put his faith in an objective and knowledgeable Louisiana succession attorney. Now, Governor Edwards’ heirs must put their faith in the probate litigation professionals.

Governor Edwin Edwards enraged, impressed, and entertained Louisianians for decades. While his enduring legacy may best be considered a matter of personal preference, a valuable lesson can be learned from what may be his last public debacle: when you want to establish, preserve, or protect a legacy meant to last generations, don’t try to do it yourself.

The attorneys at Scott Vicknair, LLC have years of experience creating estate plans, defending them, and challenging inheritances that seek to unfairly deprive individuals of their birthright.

When it comes to matters of Louisiana succession, you deserve the competence only experience brings. Send us a message online to get started today. 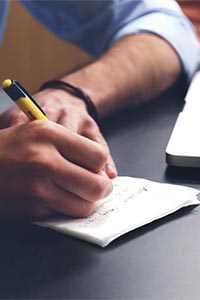 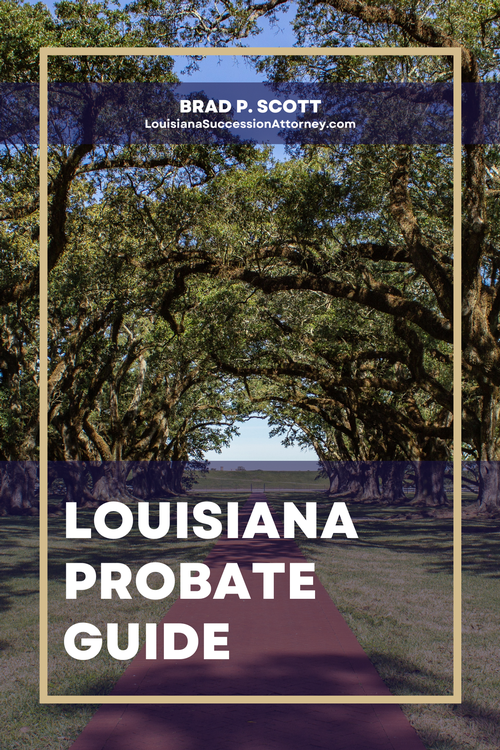 How the Probate Process Works in Louisiana

Request a free download of this report, and you will be ready to take the necessary steps to complete a succession after a family member’s death in Louisiana.

Find Out How To Transfer Property After Someone Passes Away in Louisiana - EXCLUSIVE WEBINAR!

Free webinar discussing the basics of handling a succession or probate for an estate in Louisiana. Get the info you need before you start.

Request your FREE copy of this fifty-five page book for detailed information concerning what you can expect during the succession (probate) process.