How Louisiana Succession Cases Are Different

If you’re a resident of Louisiana, you may already know that things are different in this state than they are in others. For example, the legal system in Louisiana was influenced by early French and Spanish settlers, and the current “civil law” system is somewhat unique and is dissimilar to the “common law” system adopted by the other 49 states.

Louisiana Estate Laws Are Different Than Other States

Every state, including Louisiana, has a legal process for settling an estate after death. However, Louisiana's laws are different than other jurisdictions. In Louisiana, there are:

After a loved one dies, you may hear the following legal terms: 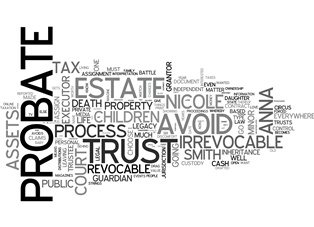 Some of these concepts may be unique to Louisiana, and other concepts also apply in other states but have different terms to describe them.

Not everyone dies with a valid will. Accordingly, all states, including Louisiana, have intestacy laws that describe what happens to property when someone dies without a will. However, Louisiana's intestacy laws are different than other states. Generally, if someone dies without a will, community property passes to the children with the surviving spouse having a usufruct interest. If there are no children, the spouse may inherit the community property. Separate property generally passes to others as follows:

Louisiana's intestacy laws are nuanced and complex, and it is essential to learn more about them if your loved one dies without a valid will.

Differences in the Definition of Children

Louisiana law, like laws of other states, gives children a right to inherit property from their parents. In Louisiana, however, children include biological children of the decedent who were legally adopted by other parents.

Parents cannot exclude children from inheriting property if a child is under the age of 24 or if a child of any age is incapable of care for themselves. Even if a person dies with a will and leaves all of their property to their surviving spouse, a child who qualifies as a forced heir may make a claim to the court to inherit property. Louisiana is the only state in the United States with a forced heirship law.

Work With a Lawyer Who Knows Louisiana Law

If you have a succession issue in Louisiana, you should speak with an experienced Louisiana succession lawyer. Lawyers in other states may not know the intricacies and unique parts of Louisiana law the way a Louisiana lawyer does.

The succession lawyers of Scott | Vicknair Law help hundreds of Louisiana families every year. We know Louisiana succession law. We've handled both routine and complex cases, and we are here to help you through your succession case. Call us, or fill out our contact form today to schedule an initial consultation.