What to Know About Small Succession Affidavits and Judicial Administrations

Some people die leaving more money and potential legal complications behind than other people do. Yet, distributing assets and settling financial affairs is essential for anyone who dies and leaves assets to loved ones.

How a Small Succession Works 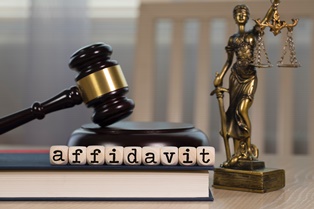 Instead of going to court to transfer property, a properly prepared affidavit may accomplish your legal goals. A small succession may be administered by affidavit if:

The affidavit must contain the following information:

Affidavits can be faster and less expensive than court administrations. However, if a succession doesn’t qualify for administration by affidavit, or if a third party such as a bank or a stockbroker doesn’t agree to abide by an affidavit, then the estate may require judicial administration.

An experienced lawyer can file for judicial administration of your loved one’s small succession and advise you each step of the way.

When to Call a Louisiana Small Succession Attorney

Each year, we help hundreds of Louisiana families with the sometimes difficult and often emotional work of settling their loved one’s affairs. Call us today to find out how we can help with your family’s needs and legal options.