How to Prepare a Tableau of Distribution 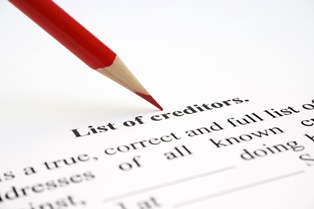 One of those responsibilities includes paying the debts of the estate.

A decedent’s succession debts include:

Once the estate debts are identified, they must be paid according to Louisiana law.

Creating a Tableau of Distribution

Sometimes, estates do not have enough money to pay all estate debts. In these cases, the tableau of distribution needs to show the total amount of money available and list the proposed payments to creditors according to the creditors’ privileges and mortgages.

Working With a Louisiana Succession Attorney

Successions with debtors and beneficiaries are often complicated. Creditors want to get paid, and beneficiaries often want as much of their inheritance as possible. Succession representatives often face challenging decisions that have legal consequences.

However, executors and estate administrators do not need to make these decisions alone. Succession representatives have the right to work with an experienced Louisiana succession lawyer who can identify all obligations of the estate, create a tableau of distribution, protect the rights of everyone involved in the succession, and take all of the necessary steps in the succession process.

Contact our Louisiana succession legal team today to discuss how we can help you settle an estate cost-effectively and with as little stress as possible.