How to Prevent Problems With Louisiana Codicils

Sometimes people decide to add to their wills rather than revoke or rewrite them. In Louisiana, wills may be changed with legally executed codicils. 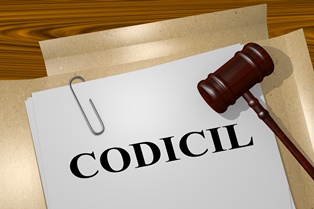 A codicil amends or adds to an existing will. Both the original will and the codicil must be considered to determine how a person’s property should be distributed.

Often, people create codicils rather than revoking and rewriting wills if they want to keep most of the will the same but:

Codicils must be created and executed according to the same laws that govern the creation and execution of wills.

Sometimes, codicils create confusion. For example, the probate or succession of your loved one’s estate may become complicated if:

When a codicil is disputed, succession may become complicated. Our Louisiana probate lawyers represent hundreds of families throughout the state every year. We know the potential pitfalls in succession cases, and we know how to help families resolve complex successions as efficiently and cost-effectively as possible.

For more information about how our succession attorneys may help your family resolve succession issues according to your loved one’s wishes and Louisiana law, please contact us today to schedule your initial consultation. We can be reached by phone or through our online contact form at any time.